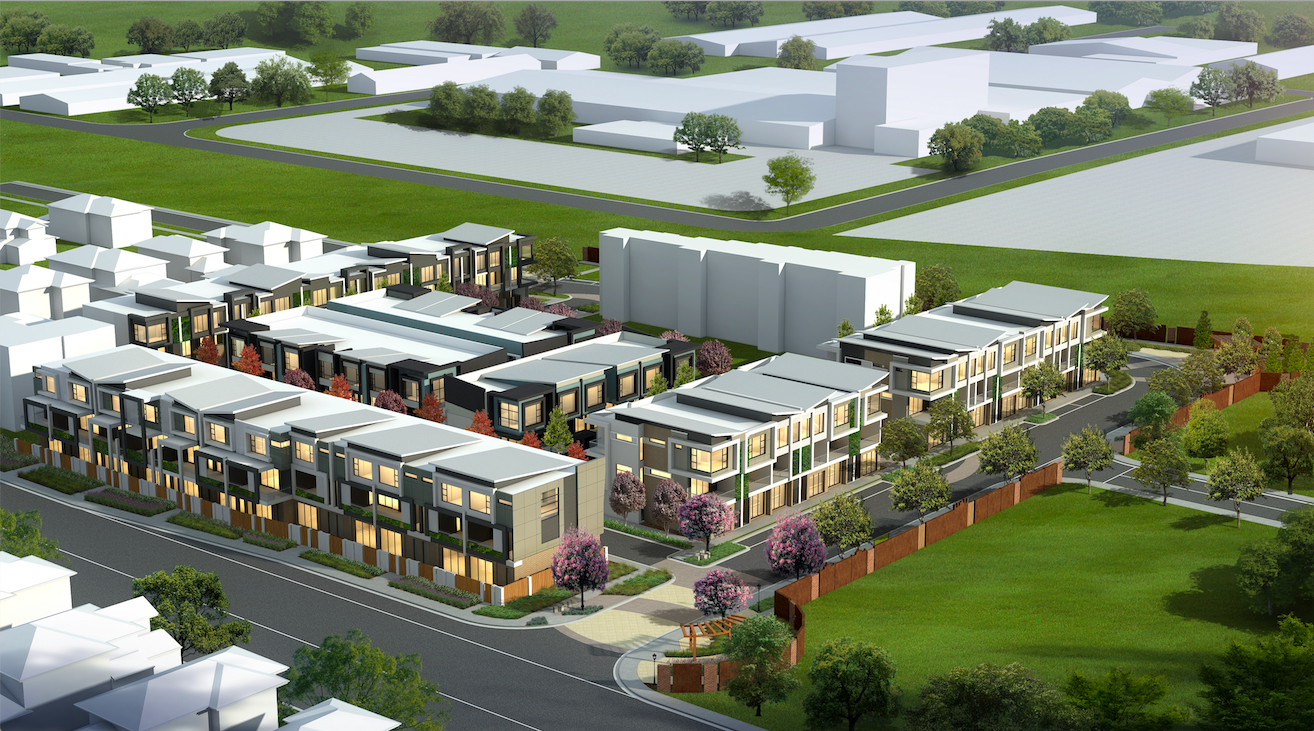 If you’ve ever wanted to buy a home in Prospect, you’ll know it’s incredibly hard to find anything. It’s a difficult area to buy into, especially if you want something affordable. After trying for 6 months to find a place for our family, we gave up and moved to the beach. Well it turns out you may have better luck. A brand new development has just been announced called Prospect 1838 (a nod to the founding year of Prospect), and it will see 60 three and four bedroom townhouses built in this sought-after suburb of Adelaide.

Located on the city fringe, less than 5 kilometres from the Adelaide CBD, with Islington Train Station on its doorstep and a direct train line to the city. Prospect 1838 will be a sustainable, master plan community.

The development promises cutting edge housing designs, carefully designed, cool urban spaces and tree-lined streets dotted with colourful art and funky spaces in-between. But best of all, they’re going to be 3 & 4 bedroom! That’s pretty much unheard of with townhouses – especially so close to the city.

Prospect itself is of course a drawcard, with its tree-lined streets, cosmopolitan atmosphere, great cafes (think Sunny’s Shop, Muratti Cakes & Gateaux, Cafe Komodo & 50SIXONE is coming soon), a new $18 million art-deco cinema being built, some great shops, plenty of places offering services, plus it’s just generally a gorgeous place. It also has a vibrant arts and events calendar and a Farmers Market.

On top of this Prospect 1838 is walking distance to the Churchill Shopping Centre, Adelaide’s largest sub regional shopping centre, with over 50 stores covering fresh food, homewares, lifestyle, fashion and technology (and let’s not forget Costco).

Prospect 1838 in a nutshell is offering:
• Brand new three level townhouses, ranging from $450,000 – $550,000
• 3 and 4 bedroom, 2 bath and option of single or double garage
• Torrens Titled
• Settlement for Stage 1 is set for July 2018 and the houses are due for completion soon after. This means that other than the deposit you pay nothing until July next year.

Located on the city fringe , less than 5 kilometres from the Adelaide CBD, with Islington train station on its doorstep and a direct train line to the city. Prospect 1838 is raising the benchmark...
Read more
31.01.2017

Originally published on Glam Adelaide Let’s face it. If you’re looking at all the developments popping up around the city these days, we’re spoilt for choice. If you’re not massively cashed up or retiring in...
Read more
28.01.2017

ADELAIDE January 20, 2017 We’ve all seen the cranes popping up around Adelaide’s CBD. There’s no denying that buildings are going up left, right and centre. Development is booming in the city, and there are...
Read more